Supporting Ukrainian startups in wartime: 7 Wings Fund has been established in Ukraine
UCU Business School became the co-founder of the 7 Wings Fund, which aims to help startups affected by the war. 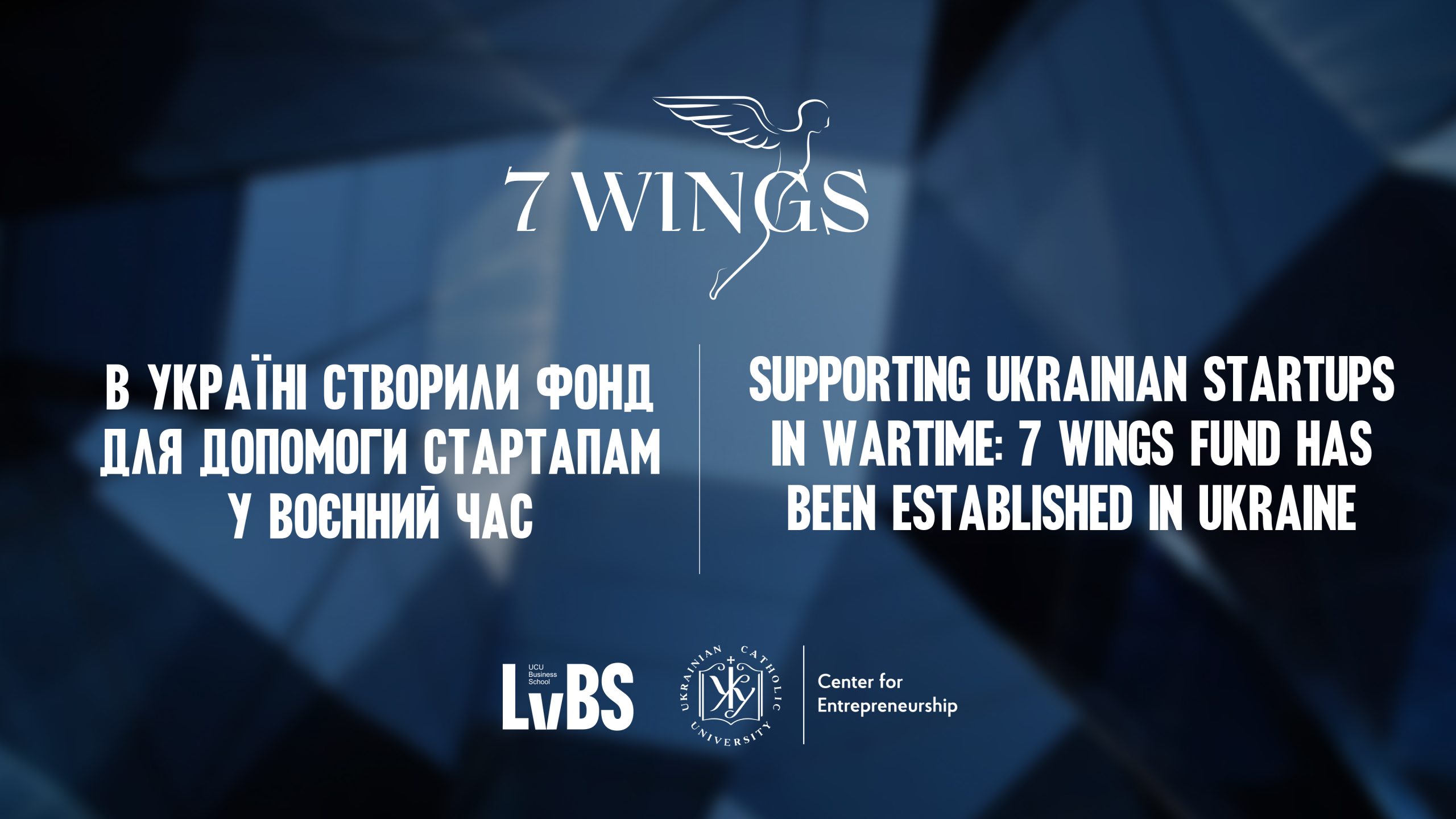 As a response to the disruption of the tech industry in Ukraine by russian full-scale invasion, the idea of the startup support fund was born. The fully-fledged fund was launched six weeks after a full-scale war began. The initiators of the project are Ivan Petrenko, CEO of the Center for Entrepreneurship of the Ukrainian Catholic University, and Denys Dovhopolyi, CEO of UnicornNEST. UCU Business School and the Center for Entrepreneurship of UCU  evolved the co-founders of the fund.

The goal of the project is to create a network of partners willing to help Ukraine. The fund aims to provide grants to Ukrainian startups in the amount of $50 000.

«We have always tried to develop the ecosystem of innovation, entrepreneurship, and startups around the UCU Business School and the Ukrainian Catholic University. The UCU Center for Entrepreneurship has been successfully conducting its activities and training programs for several years. It seemed to us that we needed to take the next step: we were looking toward investing in Ukrainian companies. Now, during the war, we have realized that it is necessary to create a fund that will finance startups in the coming months of their activities. Therefore, the decision to create 7 Wings Fund in this format was made quickly. UCU Business School can do this thanks to the support from our donors who are willing to listen to our needs and think about how this ecosystem of innovation and entrepreneurship can be built and improved right now», – said Sophia Opatska, Dean of the UCU Business School. Vice-Rector for Strategic Development of UCU.

The fund will help those startups whose team of at least 70%  remains in Ukraine and will attract only foreign investors because local entrepreneurs are now directing all their efforts to help the Armed Forces of Ukraine. 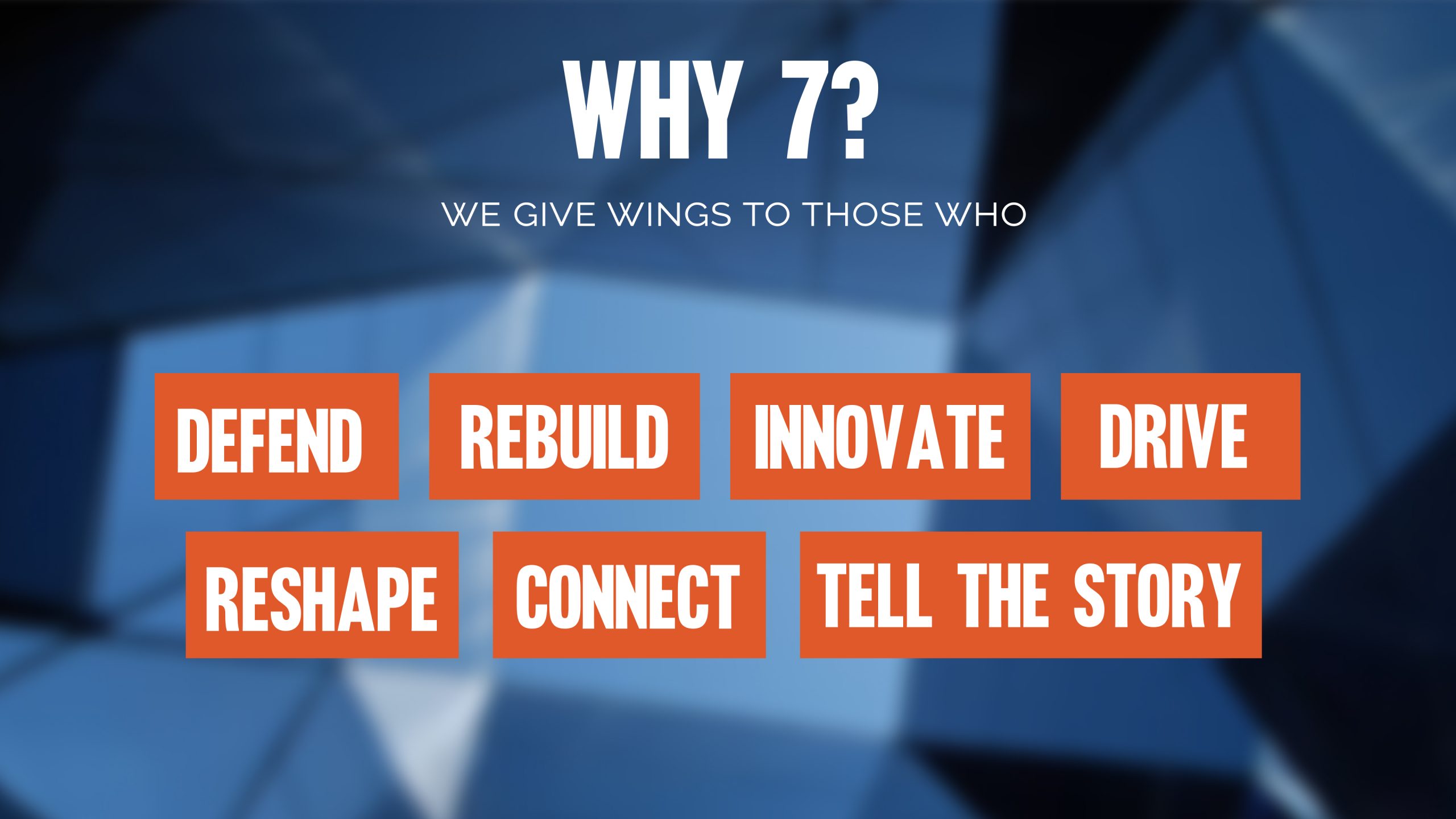 The name of the fund, 7 Wings, symbolizes seven things the project aims to help with. «The concept is for those who Protect, Rebuild, Innovate, Drive, Reshape, Connect and Tell the Story», – said Marharyta, Fund Operations Manager, UCU Center for Entrepreneurship.

«Talking to many people, we have realized that there are enough companies, organizations, foundations, investors, and foreign citizens who are either already helping Ukraine, or because of their domestic policies, cannot support the Armed Forces of Ukraine. At the same time, they are interested in supporting Ukrainian technology companies. And we decided to use this opportunity and immediately started to create this Fund in order to attract as much finances as possible and issue grants of 50 thousand dollars to support Ukrainian startups», – said Ivan Petrenko, partner of the Fund, CEO of UCU Center for Entrepreneurship.

The Foundation supports startups according to certain criteria:

The fund also has differentiation points: The application procedure consists of seven main stages: To support as many startups as possible, each project can receive financial support only once. In addition to money, the foundation will support the companies with mentoring, education, and contacts from the first day of cooperation.

«People who initiate startups are not those who just work and are satisfied with everything, but those who are active and are trying something new. They want to change something, to start innovative companies, and accordingly many of these people have become involved in the volunteer movement. Now many of them are returning to Ukraine, but of course, Ukrainian markets have reduced their purchasing power. The flow of venture capital investment has been slowed down and everyone is looking at the situation trying to figure out what to do next.

If we talk about supporting startups at a very early stage, this was once done by the Ukrainian Startup Fund, which was the only state program that issued grants of up to 50 thousand dollars. They have suspended their grant activities, as all the money goes to the army now, and accordingly, there is no such opportunity to help startups​​», said Ivan Petrenko.

He also says that over the last two or three years, the startup ecosystem has grown rapidly. «Unicorns» began to appear – companies with a capitalization of more than one billion dollars. And this contributed to the fact that Ukraine began to be noticed. Earlier, everyone looked at Ukraine as a country of technical talents, engineers, and outsourcing, and suddenly everything started to change in the direction of product companies, and services such as GitLab, Grammarly, People.ai. Investments began to come in, various companies began to headhunt in Ukraine, and various accelerators began to open their units. Funds have also begun to appear on the local venture market, both Ukrainian and foreign venture funds. 2022 was to be a year of growth for the venture industry and the growth of startups. Everyone expected that more and more startups would appear, and more and more investments would appear.

Now the foundation has announced the first 6 teams that will receive grants of $50,000. Startups from Odesa, Kyiv, and Lviv were selected, namely Book Box, Kycaid Limited, DrugCards,  CASES, ByOwls, AcademyOcean.

Startups will use grant funds to support Ukrainian teams while scaling up and accelerating their potential in other markets. The goal of the 7 Wings Fund is to support at least 30 companies.

More than 100 applications took part in the selection.

Most of the startups are classic technology businesses and marketplaces. There are not many so-called deep tech, i.e. scientific startups. 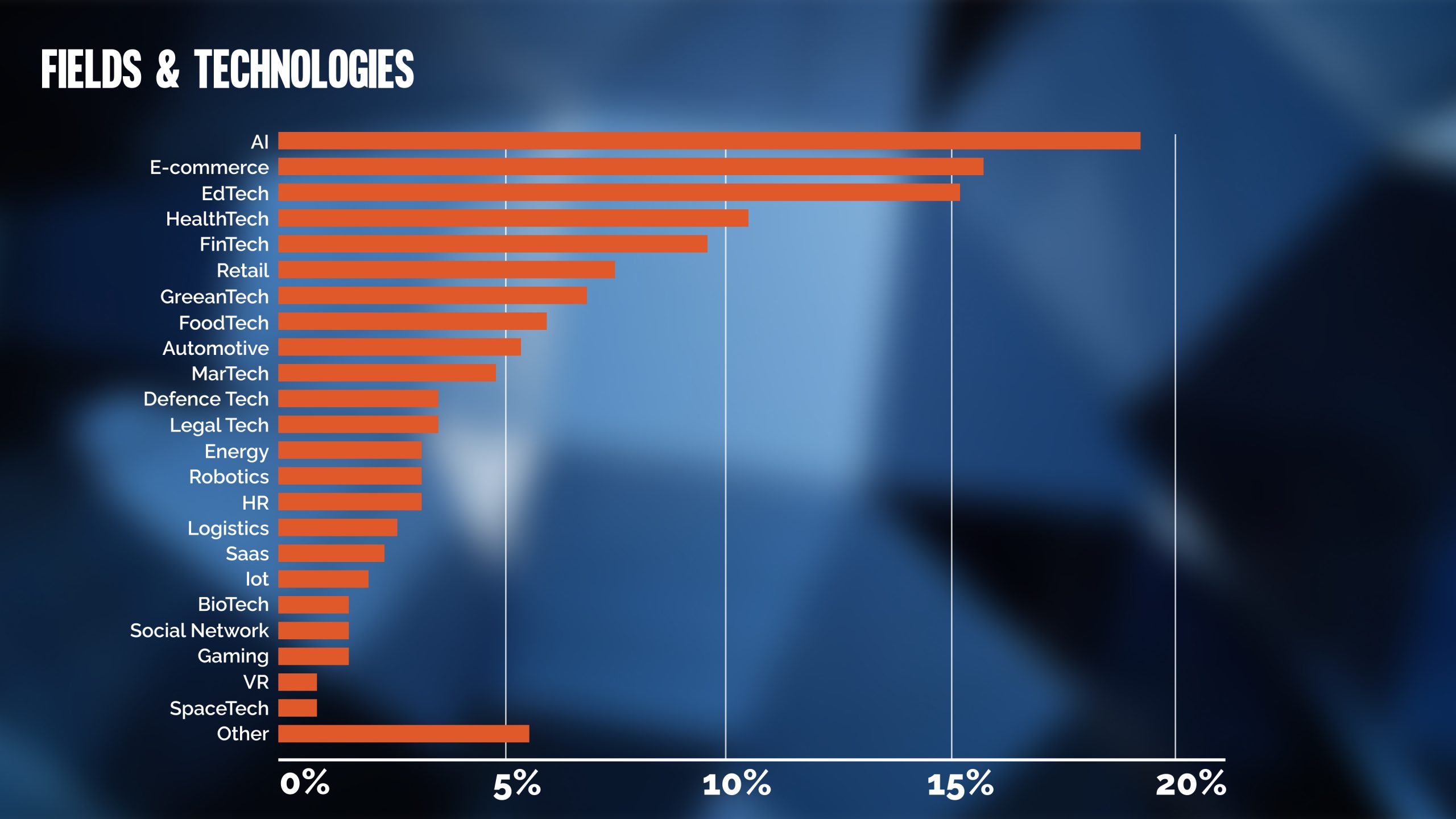 As for post-war startup trends, Marharyta and Ivan argue, that they are very much dependent on what the Ukrainian government will do after the war. Agrotech, which developed very strongly in Ukraine before the war, is likely to continue to grow. But there are industries that will require further development. These are, for example, military and defense technologies. They are developed in Israel or the United States, but in order to develop in our country, the involvement of the state is needed. After all, most defense and military commissions are government commissions. In order for Ukraine to have the same military accelerators as Israel, there must be a commission from the state. Then startups will catch up.

Now the 7 Wings Foundation continues to actively look for partners, companies, businesses, and experts who are ready to support Ukrainian startups. If you are looking for ways to help the Ukrainian technological ecosystem overcome the crisis through funding, mentoring, providing your services, or supporting experts, we invite you to join our initiative and rebuild the Ukrainian economy.

So far, the first results of the selection have been announced, but the wings have not been folded – the Fund plans to help 30 startups overall, and therefore – the great work of a small team of the winged fund does not stop.

HAVE A QUESTION? PING US